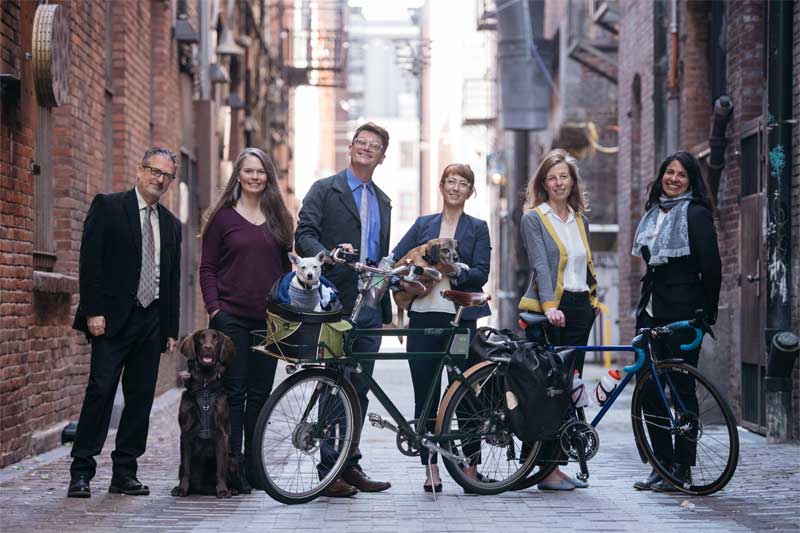 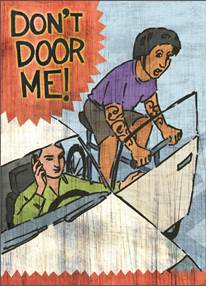 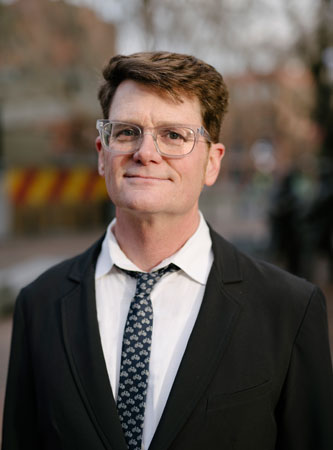 Bob Anderton heads Washington Bike Law. Bob is a daily bike commuter with three decades of experience in successfully representing injured bicyclists. Bob didn't set out to be a bike lawyer. Perhaps because the idea of a "bike lawyer" didn't exist as bicyclists started becoming the majority of Bob's clients. Today, bike law represents more than 90% of Bob's work.

Bob's bike law experience also helps him represent people who have been injured while walking or when rolling on something other than a "typical" bicycle, including wheelchairs, ebikes, recumbent bikes, cargo bikes, family bikes, folding bikes, skateboards, scooters, mopeds, and motorcycles.

Bob is Peer Review Rated by Martindale-Hubbell as AV® Preeminent™ 5 out of 5 . This is the highest possible rating for Legal Knowledge, Analytical Capabilities, Judgment, Communication Ability, and Legal Experience. Bob is a Member of National Trial Lawyers' Top 100 Trial Lawyers. AVVO rates Bob as a 10 on a scale of 1 to 10 for experience, industry recognition and professional conduct.

Bob is uniquely qualified to help injured bicyclists. This is not just because he is a bike person himself, but because he has already represented bicyclists in almost every factual scenario imaginable. He's helped countless people who've been doored, T-boned, rear-ended, right-hooked, left-hooked or even thrown from their bikes by roads not fit for ordinary travel. Bob has the experience to know from the outset what arguments are likely to be made and how to best advocate for his bike clients. 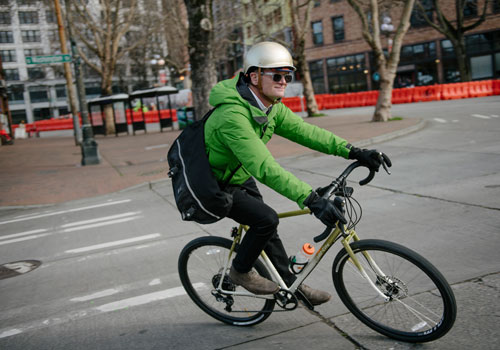 Bob began volunteering with Bike Works (BW) in 2006, initially as a member of its Risk Management Committee, and then, from 2011 through 2021, also as a member of its Board of Directors. Washington Bike Law has also been a significant Bike Works funder since 2008. BW promotes the bicycle as a vehicle for change to empower youth and build resilient communities.

Bob is also on the board of Seattle Neighborhood Greenways (SNG). SNG is a grassroots coalition of neighborhood groups that plan and advocate for safe and comfortable streets for all. Washington Bike Law is also an important SNG funder, supporting this small nonprofit since 2018. SNG has neighborhood groups in the following parts of Seattle: 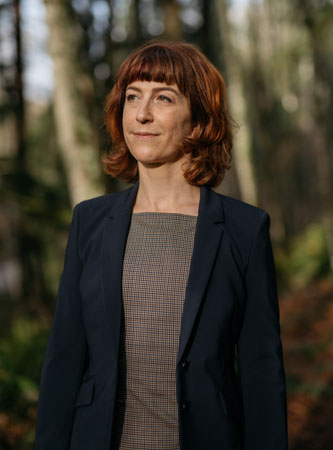 Attorney Jessica Cutler is a former professional bike racer who has also worked as a bike messenger.  She was admitted to the Washington Bar in 2010 and is an Eagle Member of the Washington State Association for Justice.  Jessica's passion for cycling as well as her deep knowledge of our state's bicycle infrastructure and conventions make her a great addition to our team.  Jessica practices bike law like she rides a bike: passionately. 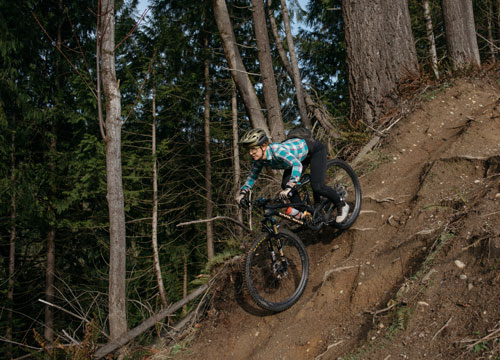 Jessica rides for fitness, fun, and everyday transportation.  She regularly volunteers her time in the local cycling community to teach safe riding and racing techniques. Jessica is a long-time member of the Washington State Bicycle Association and a co-founder of the nonprofit Northwest Women's Cyclocross Project - a program that seeks to identify and develop young racers while working to create greater accessibility to the sport. 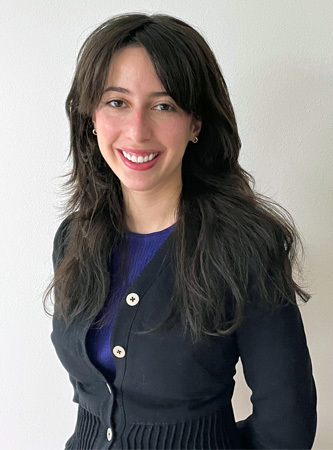 Rocky is committed to serving those who walk and roll in our state. Rocky is a car-free commuter, who you can find walking or taking public transportation throughout the Pacific Northwest. As Washington Bike Law's newest lawyer, Rocky will soon be rolling by bike more often, but will always identify as a pedestrian.

Originally from Massachusetts, Rocky moved to the Seattle to attend the University of Washington School of Law. There, she served as a Managing Editor on the Washington Journal of Social & Environmental Justice and as a member of the Race & Justice Clinic. 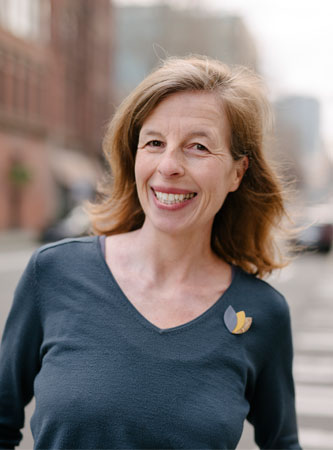 Growing up in the French Alps, riding bicycles has always been a daily part of Lauranne Bindel's life.  She graduated from law school in France and is admitted to the Paris Bar. 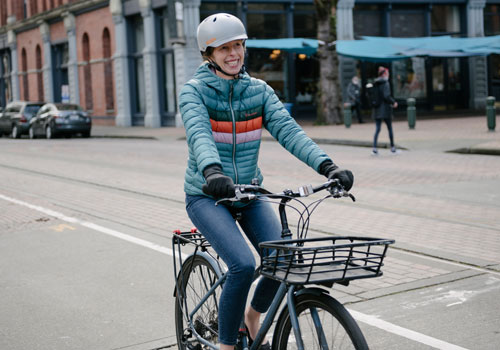 After moving to the US with her husband, Lauranne worked as a paralegal for over ten years (she is not licensed to practice law in the US), and had three kids along the way.  She is raising them to be avid bicyclists. Lauranne deeply cares about law, bikes and people. 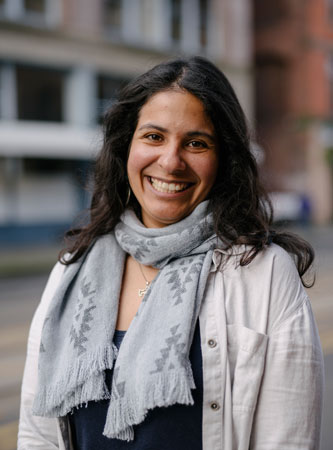 Elizabeth joined Washington Bike Law during the pandemic. She is an energetic bike commuter from Bainbridge Island who also serves on the board of Squeaky Wheels, works as a realtor, and is trained in Wilderness Medicine. 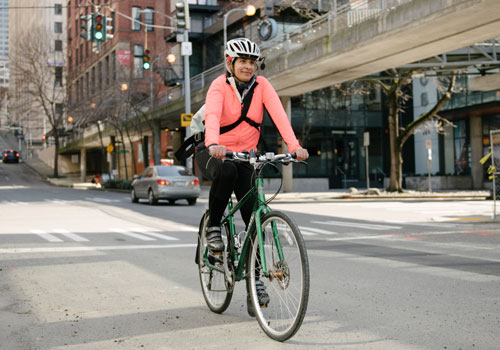 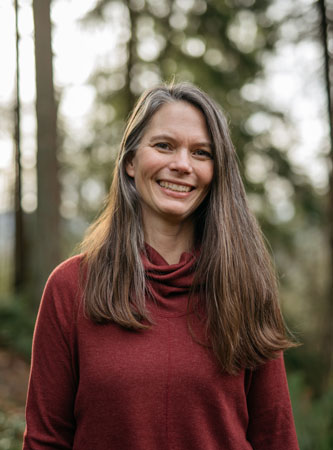 Sheri is a reliably positive person at Washington Bike Law. She has a degree in psychology and worked as a social worker and a paralegal before taking a break from paid work to raise two daughters. In 2016, she and her family moved from Iowa to the Pacific Northwest where they enjoy being able to ride and race on roads, gravel, mud and actual mountains. 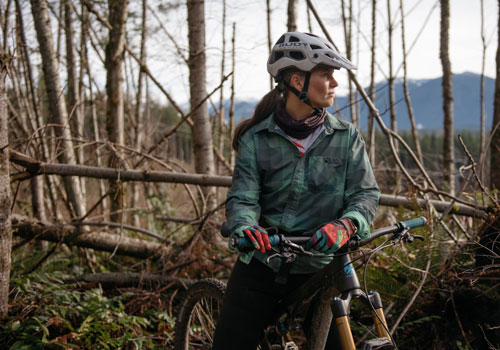 Sheri is a long-time volunteer with the Washington Student Cycling League and mountain biking coach.