Recently, I noticed a cement ramp added overnight to a bridge support column for the West Seattle Bridge along the bicycle and pedestrian path.  I suspected that it might be a gorilla skate ramp and, when another skate park item was cemented into the path a week or two later, I was sure of it.

The ramp is on the top of this photo, it’s a bit hard to see, but that’s my concern… someone may hit the side of it and crash. 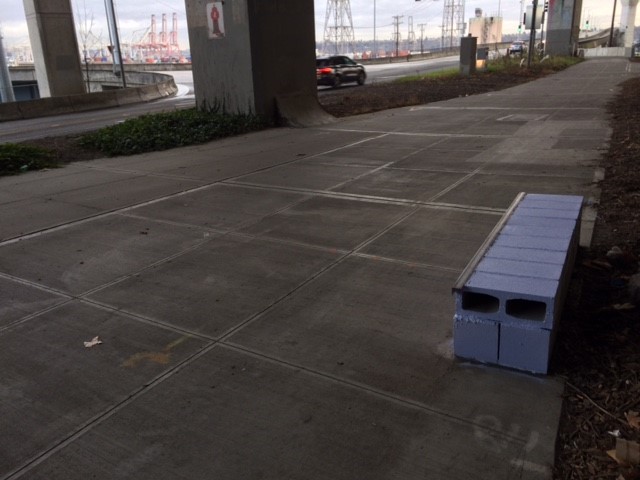 This expanding skate park is in the middle of a bike path intersection with limited visibility and bicyclists coming downhill from the right with a fair bit of speed.

I’m concerned that bicyclists and skaters could collide here. 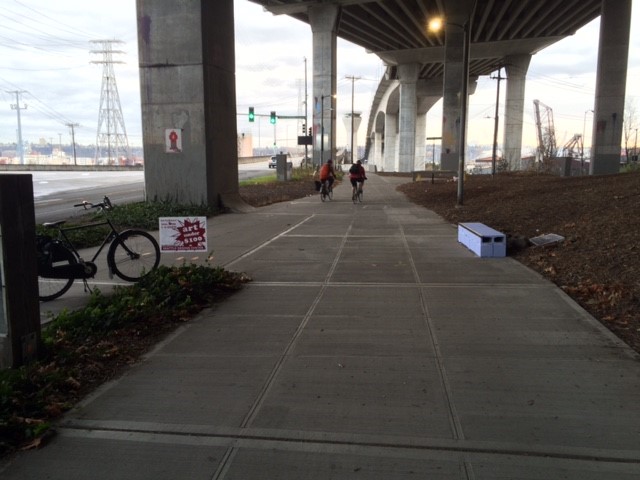 Now why would skaters do this?  Aren’t there safer places to skate… like this waterfront space (complete with anti-skating bars and NO SKATEBOARDING signs): 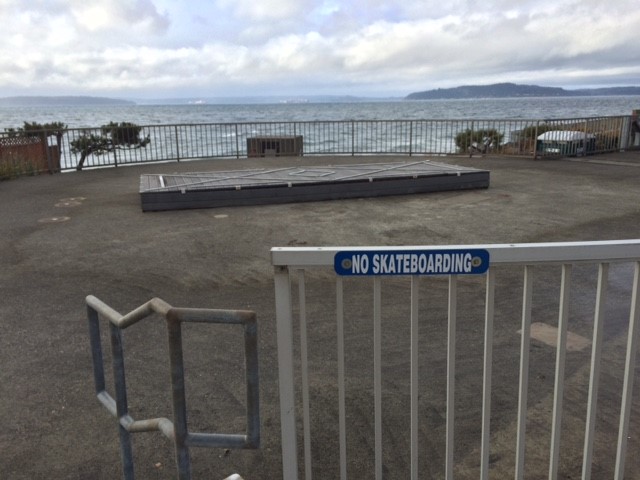 I suppose I’m willing to cut the skateboarders some slack, but I hope no one gets hurt.

I’ve also noticed some other new ramps in Pioneer Square  that I whole-heartily endorse. 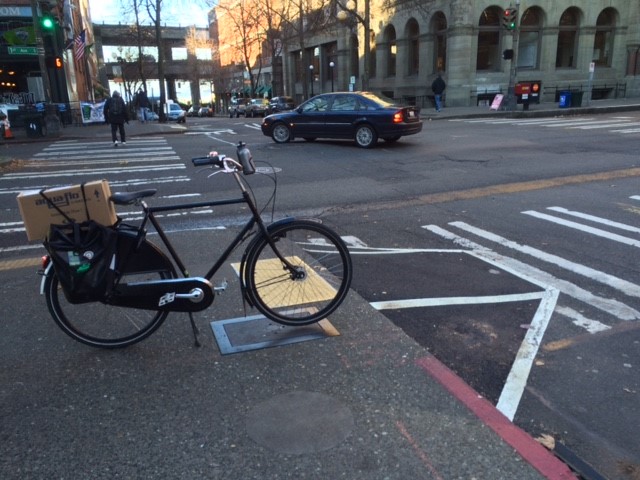 Seattle is so inconsistent with its curb cuts for wheelchairs and bicyclists.  Some intersections have them, some do not.  In Pioneer Square there are some very high curbs with no cuts.  At this intersection, the new ramps serve multiple purposes.  They help people on wheels cross the street and the slow traffic on the street making it a safer area for all users.  Well done SDOT!