In honor of MLK Day I planned to post this video illustrating what I think might be called “The Sound of Freedom”:

Some people in Washington think that this is the Sound of Freedom:

The purpose of this post is not to debate military issues.  Instead, as a different King once asked us, “can we all get along?”

The answer is yes… through BIKE-partisanship.  Dr. Martin Luther King was a great leader for civil rights… and he rode a bike: 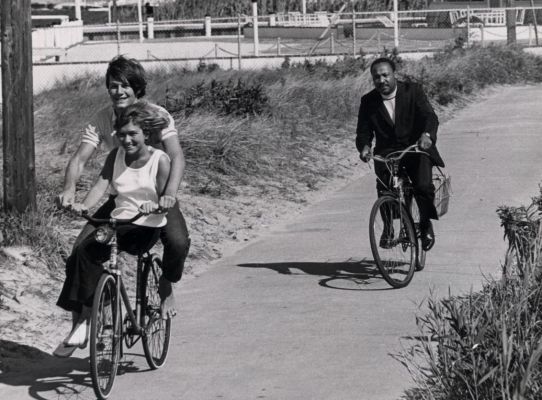 Yesterday, as the Seattle Seahawks qualified for the Superbowl, what did Michael Bennett, Jr. do?